← more from
staalplaat
Get fresh music recommendations delivered to your inbox every Friday.
We've updated our Terms of Use. You can review the changes here. 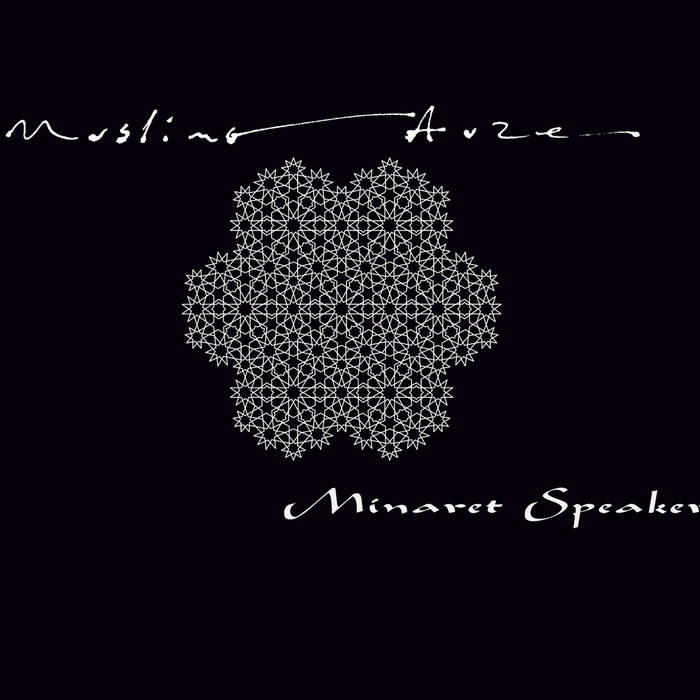 The material on Minaret Speaker can be broken into two groups; the first, the ten tracks that make up the bulk of this release, make clear immediately why Jones picked that title for the album, with the ten-minute “Minaret Speaker Track 1” serving as a duo for his trademark digitally distorted percussion loops and what certainly sounds like a recording of a call to prayer, or adhan. The voices on the tracks here are ones that may well have come out of an actual minaret speaker at some point. One these tracks, as the musical backing gets harsher and more distorted, the voices reach towards deliverance; the results, even on wordless interludes like the string-based “Bamboo Bound” is something that can seem more approachable than some of Jones’ work as Muslimgauze.

The four Rest tracks that make up the end of this release form a brief bonus EP of even lower-fidelity-than-normal works in progress from Jones, with “Rest Track 1” immediately sounding like Jones putting his own work through some new contortions. At times this material gets and fuzzed- and dubbed-out as anything in the Muslimgauze discography, a perfect accompaniment to the mix of soaring and pulverizing music found on the rest of the album."

Muslimgauze occupied a strange place in the musical world. He was a powerful, prolific innovator, releasing albums that were alternately beautiful and visceral, full of ambient electronics, polyrhythmic drumming and all kinds of voices and sound effects. The recordings earned him a devoted following in underground, experimental and industrial music circles worldwide.

Bandcamp Daily  your guide to the world of Bandcamp

sndtrak stops by with an Album of the Day Feature of his most recent release, FLIPS V1: Triple Lindy